The United Nations General Assembly has reaffirmed support for the Treaty on the Prohibition of Nuclear Weapons with 130 states voting in favour of a new resolution on Monday 7 December. The number of states in support was larger than the number which initially supported the Treaty when negotiations concluded in 2017. 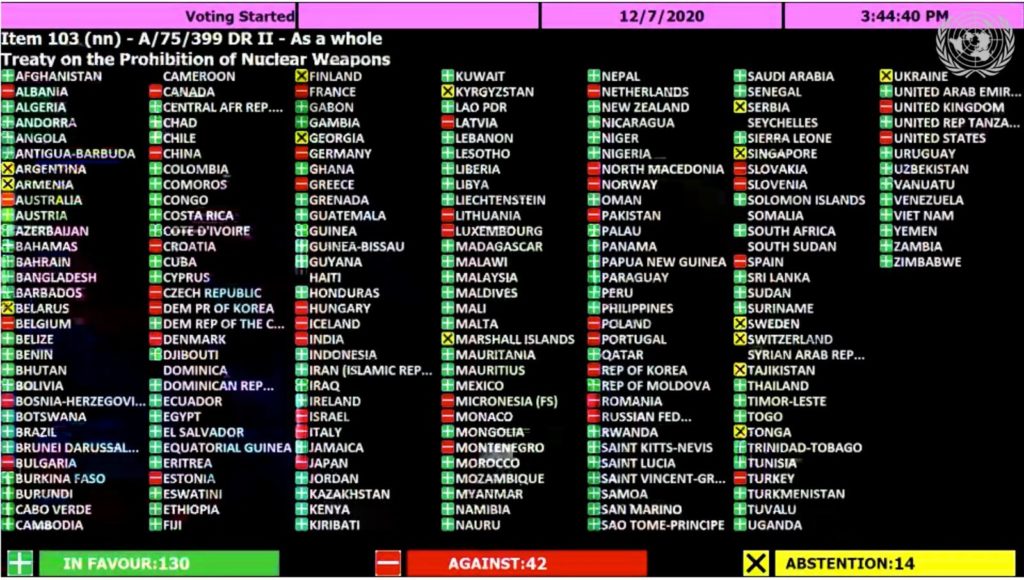 Although the nuclear-armed states and those in nuclear umbrella organisations including NATO opposed the motion it is encouraging to see that the majority of states across the world continue to support a world without nuclear weapons and the steps being taken to bring it about.

The vote came just two days after Zimbabwe became the latest state to sign the Treaty and with less than 50 days to go before it enters into law and renders nuclear weapons illegal under international law.

We continue to pray that the UK, along with the other nuclear-armed states, will engage with the Treaty and eventually come to a position of support. Please join us as we pray for that to happen, and for the states who abstained or voted against on this motion.

As President Donald Trump prepares to announce his decision on the Iran Nuclear Deal on Tuesday evening, Christian CND has issued the […]