The Christian CND AGM took place on Zoom on Saturday 3 October with 40 members and supporters gathering to hear the latest in our campaigning and share ideas for the future. We had hoped to visit Newcastle, but current government restrictions meant that wasn’t possible, but the positive aspect of being online was to gather so many people from around the country, long-term supporters and those new to our work. 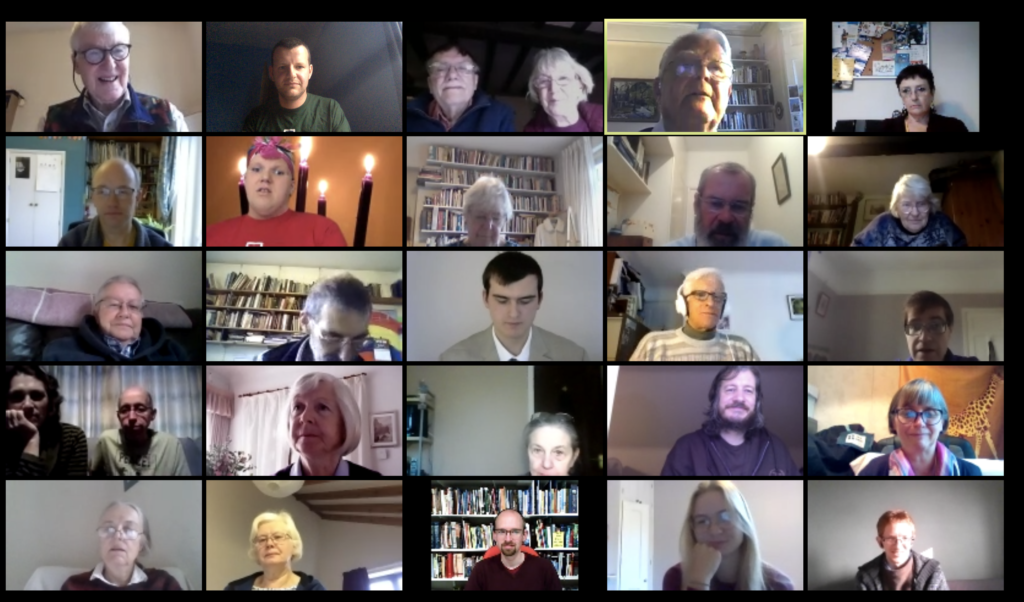 Some of those who attended the AGM

The day started with some inspiration from Bruce Kent, who spoke about the progress made on approaches to nuclear disarmament among the churches, and the urgency with which we need to act. Martin Tiller, who finished his four-year term as Christian CND Co-Chair then ran through some of the highlights of the year and our vision for the future.

Attendees then broke into workshops, which also ran in the afternoon. Topics for discussions were planning for our work in 2021; making linking between nuclear weapons and climate change and bringing nuclear weapons into the mainstream. The workshops came up with many great ideas and these will be discussed at the next Executive Committee meeting in November.

After lunch we hear from Martin Newall from Christian Climate Action. Martin spoke about his own journey into activism and the role CCA plays in the wider Extinction Rebellion group. There is no doubt that climate change and nuclear weapons are the twin existential threats that humanity faces and it the carbon footprint of the wider military is huge, meaning that peace and disarmament must be part of efforts to decarbonise the economy and society.

During the business section of the AGM the Christian CND Annual Report was presented and the results of the election to the Executive Committee were announced. You can see who was elected and find out more about the work of the Exec here.