Fiji has become the 39th state to ratify the Treaty on the Prohibition of Nuclear Weapons (TPNW), doing soon the third anniversary of the passing of the Treaty. The TPNW will enter into force once 50 states complete the ratification process, with many more currently in the process of doing so.

Fiji becomes the sixth member of the Pacific Islands Forum to join the TPNW, following New Zealand, Kiribati, the Cook Islands, Palau, Kiribati and Vanuatu. Others have also signed the TPNW and continue to support it. Due to the current social distancing restrictions the ceremony took place over Zoom. 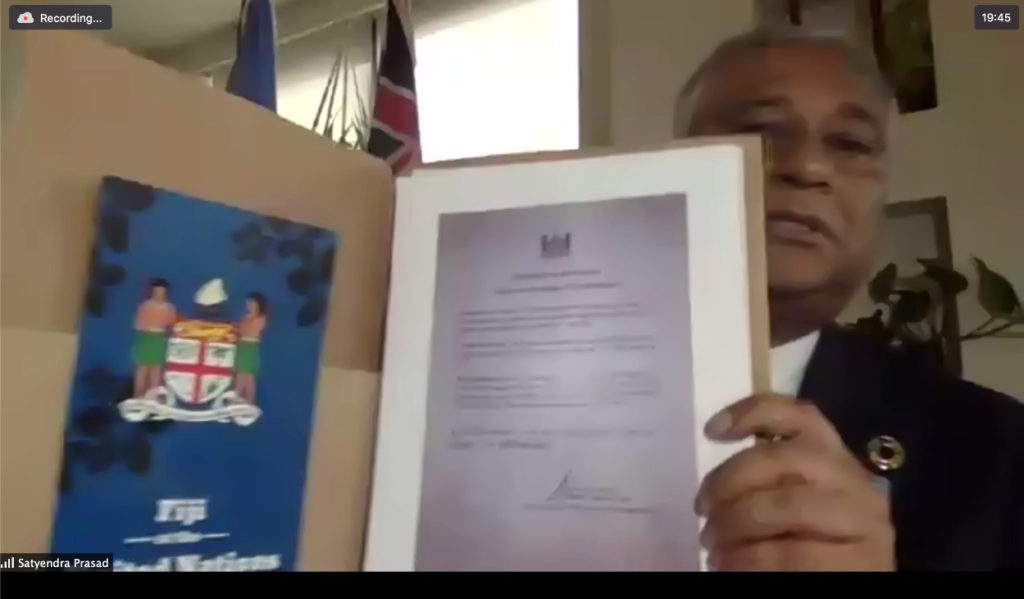 Fiji is a significant state to join the TPNW given the testing of British nuclear weapons there on nine occasions between 1957 and 1958. 32 of the test veterans are surviving today, many continuing to live with the consequences. The TPNW includes provisions for compensation for the states which suffered as a result of nuclear testing.

The church in the pacific region has been vocal in its opposition to nuclear weapons, the Pacific Conference of Churches first passed a motion calling for global abolition in 1975, a position reiterated as recently as 2018. When the Fijian Parliament was recently taking evidence on the Treaty, ahead of a vote on the ratification, the Pacific Conference of Churches made a moving statement supporting global abolition. Parliament subsequently voted unanimously in favour of Ratification.

The failure of the nuclear powers to disarm has heightened the risk of other countries acquiring nuclear weapons. The only guarantee against the spread and use of nuclear weapons is to eliminate them without delay.
Statement by the Pacific Conference of Churches to Fijian Parliament – March 2020

We thank God for the decision of the Fijian Parliament to support the ratification and the step taken today. Please join us in also praying for those states who are currently undertaking their own procedures for ratification, that they would be completed quickly. Pray also for the those who survived nuclear tests, in Fiji and elsewhere in the world, that God would comfort them and bring them peace.