New Zealand has become the fourteenth state to complete the ratification of the Treaty on the Prohibition of Nuclear Weapons. Craig Hawke, the Permanent Representative to the United Nations deposited the paperwork in New York earlier this week. 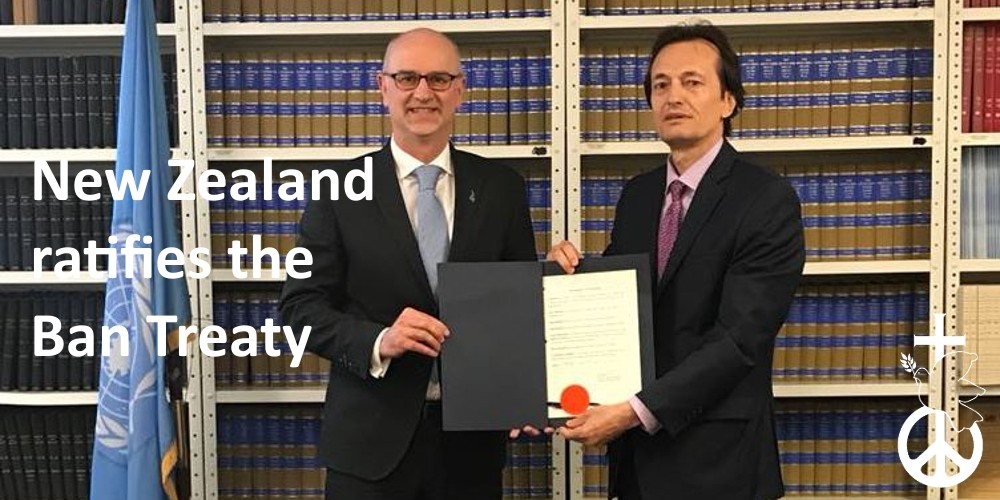 New Zealand has a long record of opposing nuclear weapons, which have been banned from territorial airspace, land and waters since 1987.

New Zealand is the first state in the region to complete the ratification process of the Ban Treaty, although many of its neighbours have signed and are currently completely their domestic arrangements necessary for ratification.

Prior to the ratification the government launched a consultation to seek views on the Treaty. You can read more about that here.

During the Christian CND Embassies Walk in March 2018 we visited New Zealand House and are delighted that the ratification process has been completed.