On Ash Wednesday, 6 March, Christian CND joined Pax Christi and others for the annual Ash Wednesday Witness outside the Ministry of Defence in central London.

Despite the poor weather many people turned out to join the witness, which has been held on Ash Wednesday for over 30 years. The main focus of the day was to urge the UK government to sign the Treaty on the Prohibition of Nuclear Weapons. At the same time there were events taking place in Liverpool and at Faslane, where the UK nuclear weapons are based. 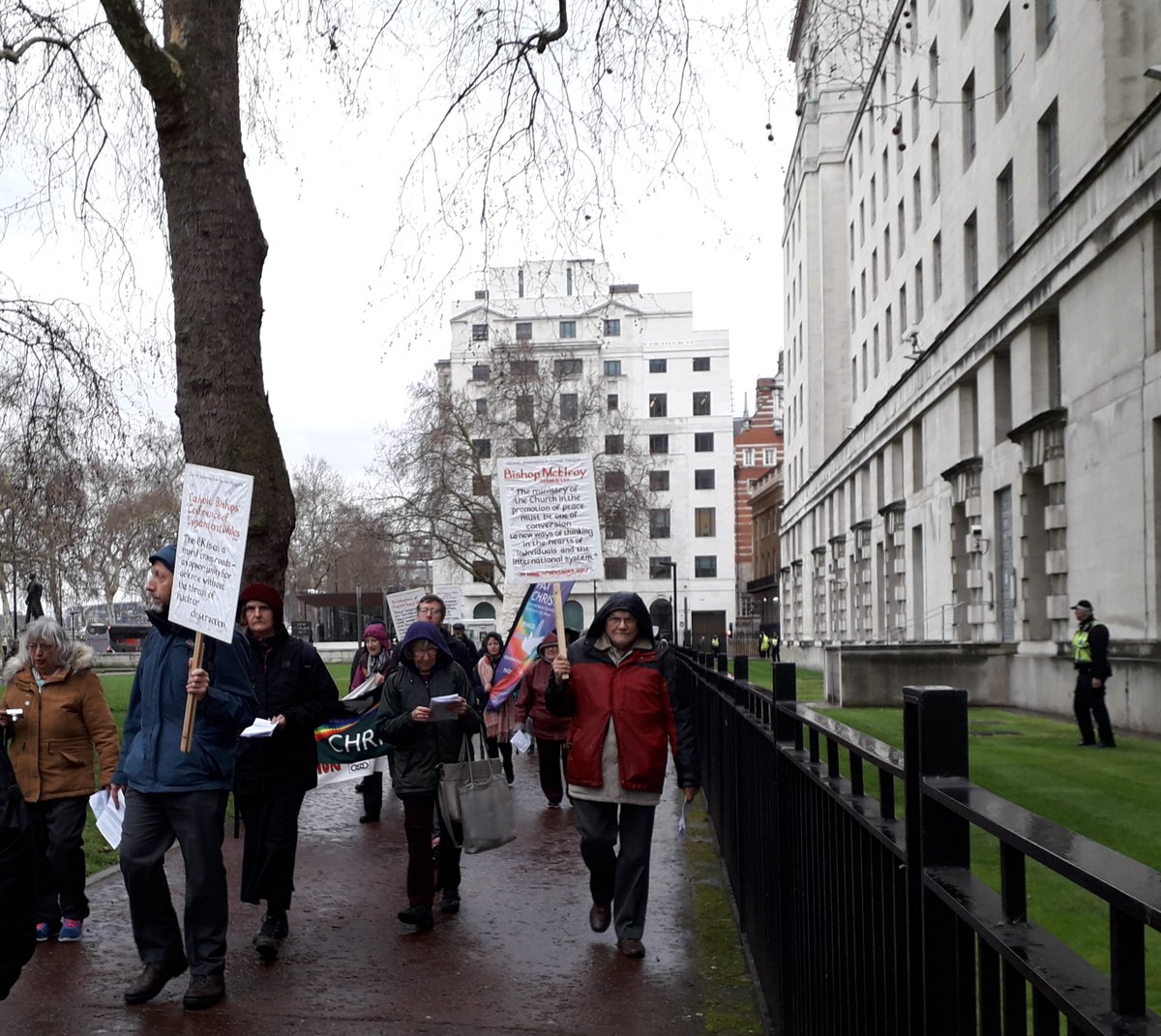 Inside the building plans continue to build a new generation of nuclear weapons, at a cost of more than £200 billion, while the majority of the world moves towards a future without nuclear weapons, with 122 supporting the Treaty on the Prohibition of Nuclear Weapons, which was agreed by the UN in 2017. 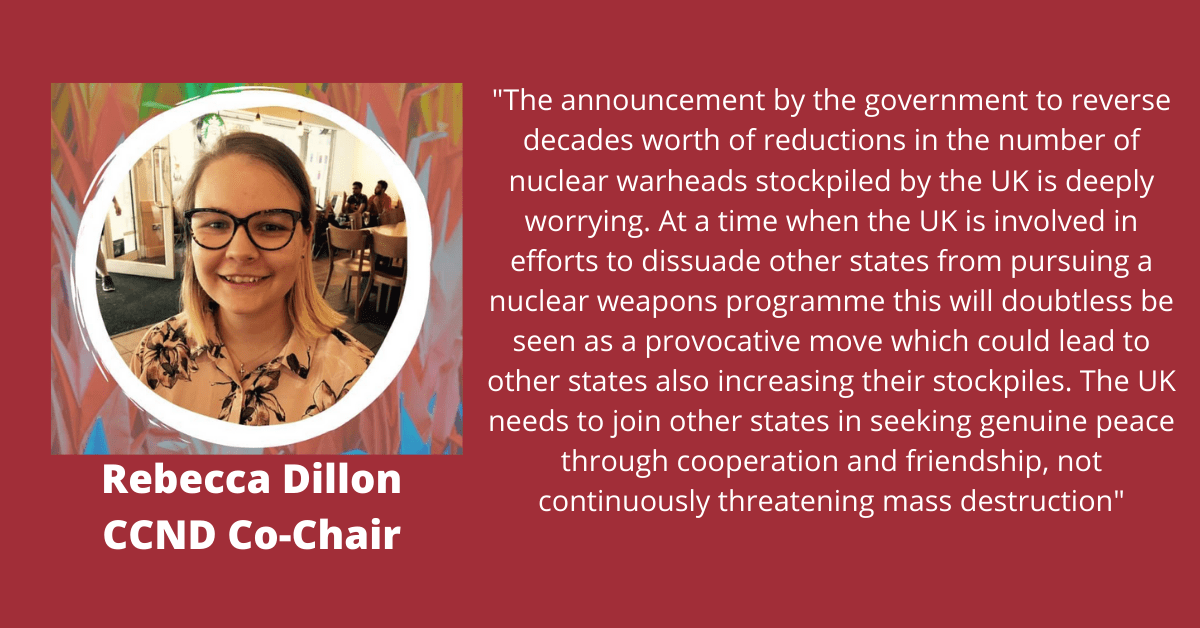