On Tuesday 16 March Boris Johnson announced that the UK’s nuclear warhead stockpile would increase by more than 40% – meaning the stockpile could be as high as 260 warheads by the middle of the 2020s. Each one of those warheads is around eight times more powerful than the bombs dropped on Japan in 1945 and have the capacity to kill millions of innocent people and have catastrophic consequences for God’s creation 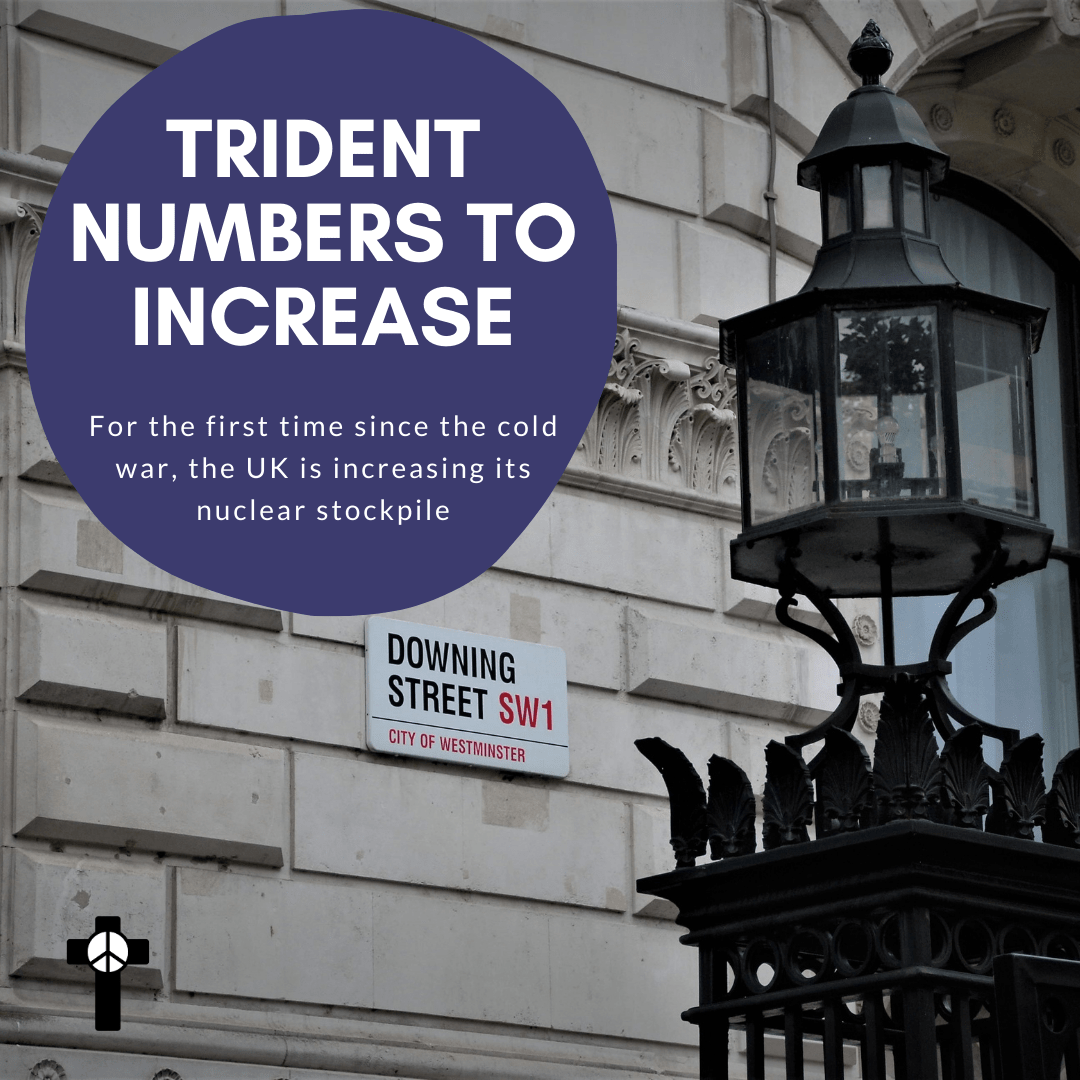 This is a significant change to a policy of gradual reduction in the nuclear warhead stockpile which has been supported by successive governments for more than 30 years. Previous reviews of defence policy had set a cap of 180 warheads by the middle of the 2020s. There was also a change to the circumstances when the UK would be prepared to launch a nuclear weapon. Previous policy was that weapons would only be used in response to a nuclear attack by a state which wasn’t a signatory to the Nuclear Non-Proliferation Treaty (NPT), but now use would be considered in response to a cyber or other non-nuclear attack.

As a signatory to the NPT, the UK is legally obliged to negotiate the reduction of their nuclear arsenals towards their eventual abolition, set out in Article 6. The decision to expand the warhead stockpile represents a clear breach of the NPT. In addition there is a risk that it could ignite an arms-race between states with similar sized nuclear arsenals.

There was swift condemnation of the announcement from Christian leaders in the UK. Senior representatives from seven denominations issued a statement calling the move a “retrograde step that will not make any of us safer” and added “it is immoral that the UK government is committing resources, which could be spent on the common good of our society, to stockpiling even more.”

Christian CND will be working with CND and others to oppose this decision and continue to call for the elimination of nuclear weapons in the UK and around the world – but we can’t do it without you.

Five ways you can get involved with the campaign: