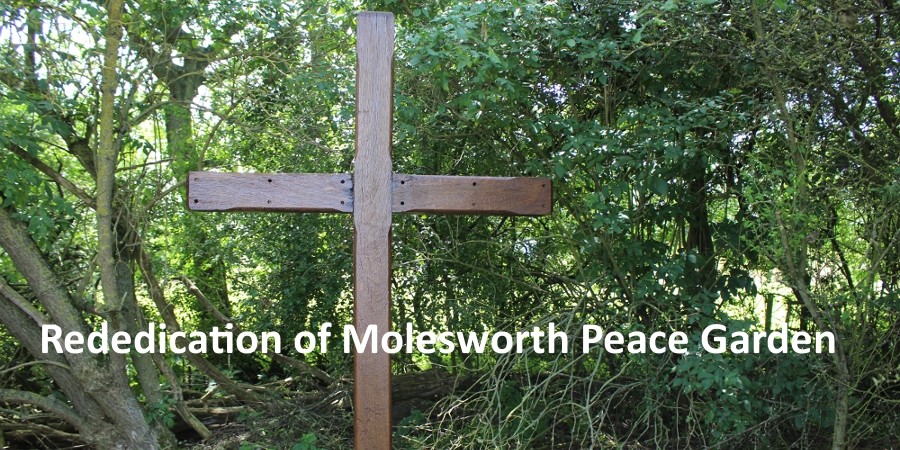 Many of you will be aware of the significance of RAF Molesworth in the history of the peace movement. During the 1980’s a protest ran at the site at the same time as the Women’s Peace Camp at Greenham Common, both raising awareness of the US Cruise Missiles to be stationed at the sites.

At Molesworth Christians joined those from other faiths and none in witnessing for peace, including Quaker Ian Hartley (who we spoke to in Ploughshare). Christian CND was also involved during that time, including a legal challenge over the sale of some of the land from the local Anglican Diocese.

The Eirene Chapel, named after the Greek word for ‘peace’ was built by people of all faiths and none and hosted daily vigils and acts of worship. The Ministry of Defence quickly cordoned the chapel off and eventually it was demolished to much fanfare, including a visit from Michael Hessletine.

The nuclear missiles left later in the 1980s and the last protestor left the peace camp in 1990. Since that time a Peace Garden has stood outside the base as a reminder of the history of the place and provide hope for a future without war, where bases like RAF Molesworth are no longer needed and the fences can be taken down once and for all.

On Saturday 29 June the Peace Garden was rededicated as part of a special event at Molesworth to remember the history of peace witness at the site. During the event on Saturday Bridie Wallis and Ian Hartley, two individuals who has lived at Molesworth during the camp, shared memories of their time there. There was also a message from Christian CNDs Bruce Kent, who famously cut through the base fence in full view of the security forces during one protest.

The cross from the Eirene Chapel, built during the protests, remains at the site. Prayers were said for world peace and a future without nuclear weapons. Canon Jonathan Young, who had been at Molesworth 39 years earlier and Revd Stuart Dennis also read from the Bible, bringing Jesus’ message of hope and peace.

The Peace Garden has been restored thanks to the work of Molesworth Peace Garden Group, local volunteers who were involved with actions at Molesworth in the 1980s, and a donation from Christian CND. If you get the chance to visit the Peace Garden, RAF Molesworth is located around 10 minutes from the A14 and has parking for a small number of cars.

View the photos from the event
View the video on YouTube