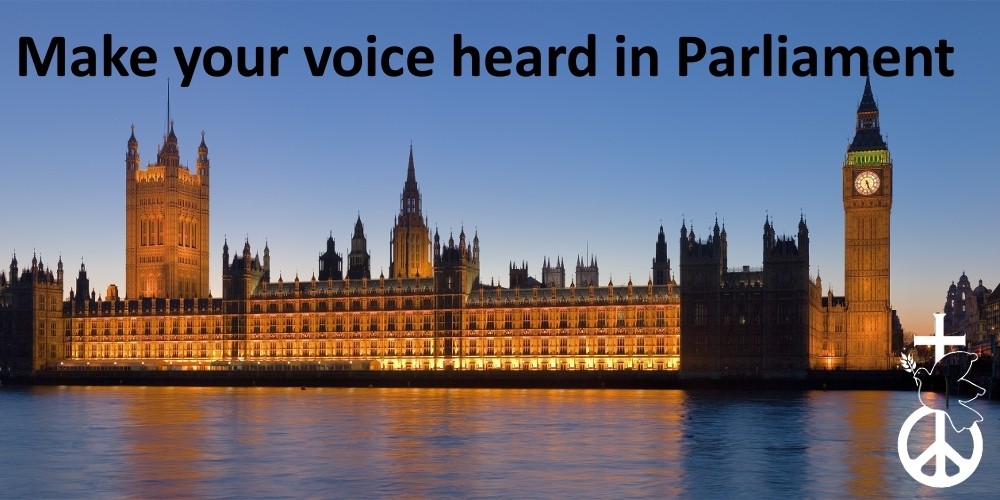 There are currently two inquiries into nuclear weapons policy being undertaken within the UK Parliament, and you have the chance to make your voice heard by sending a response.

Christian CND is responding to these inquiries, but you can too to maximise the voices calling for progress towards a nuclear weapons-free world.

The House of Lords International Relations Committee is currently conducting an inquiry into the Nuclear Non-Proliferation Treaty (NPT) and issues around it, ahead of the Review Conference in New York, scheduled to take place in 2020. The NPT has been the cornerstone of international effort to limit nuclear weapons for decades, but talks it requires on disarmament have never materialise. Many of the most recent meetings have ended in stalemate, with the nuclear-armed states unable to agree on a way forward.

The key points Christian CND will be making in response to this consultation are:

Meanwhile the Defence Select Committee in the House of Commons has completed an inquiry into the decision of Donald Trump to withdraw from the Intermediate-Range Nuclear Forces Treaty (INF). The INF was signed in the 1980s and led to more than 2000 nuclear weapons being removed from service. The withdrawal of the United States threatens a new nuclear arms race which could suck in other states including China. It could also lead to US nuclear missiles being stationed in the UK once again.

The key points Christian CND made in response to this consultation are:

Stay tuned to the website, social media and Ploughshare for more information when the Committees publish their reports.